Pheasant and Chestnut Ragu with Pappardelle

Print Recipe
Pheasant and Chestnut Ragu with Pappardelle
As the season for pheasant draws to a close make this warming ragu which is perfect for cold or wet January days. It doesn't have to be served with pasta but can be pie filling or just served with mash. 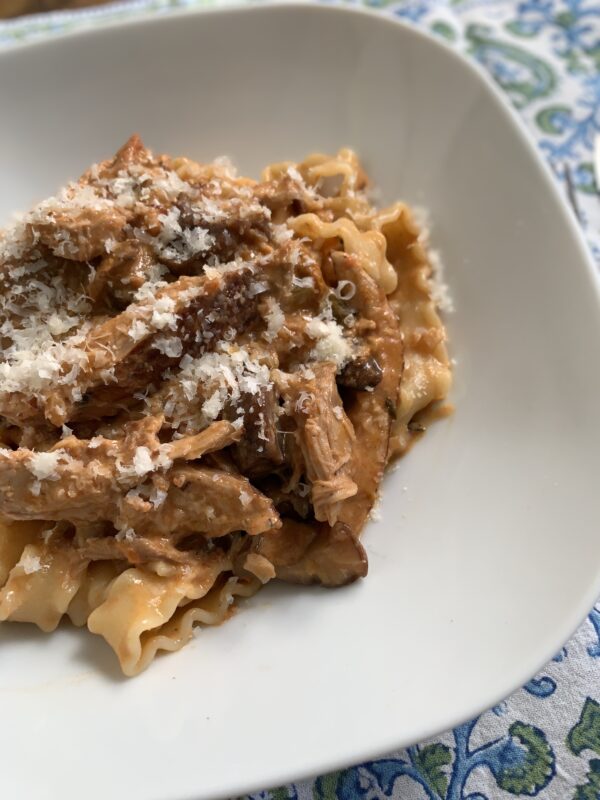 Based on Northern Italian ragus this pheasant recipe is a fabulous way of using up fresh or frozen pheasant. It freezes well but freeze without the chestnuts and add when reheating.

The ragu can also be made with venison (use haunch or shoulder around 1Kg) or rabbit (use a large jointed rabbit) and then shred the meat off the bone after cooking like the pheasant.  Other dark meat like beef and lamb would work as well - super versatile.

The ragu does not only go well with pasta, use it as a filling for pies topped with puff pastry or just by itself with creamy mash or a crisp baked potato